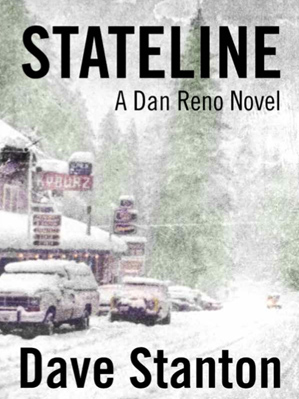 Cancel the wedding–the groom is dead.

When a tycoon’s son is murdered the night before his wedding, the enraged and grief-stricken father offers investigator Dan Reno (that’s Reno, as in no problemo), a life-changing bounty to find the killer. Reno, nearly broke, figures he’s finally landed in the right place at the right time. It’s a nice thought, but when a band of crooked cops get involved, Reno finds himself not only earning every penny of his paycheck, but also fighting for his life.

Who committed the murder, and why? And what of the dark sexual deviations that keep surfacing? Haunted by his murdered father and a violent, hard drinking past, Reno wants no more blood on his hands. But a man’s got to make a living, and backing off is not in his DNA. Traversing the snowy alpine winter in the Sierras and the lonely deserts of Nevada, Reno must revert to his old ways to survive. Because the fat bounty won’t do him much good if he’s dead.