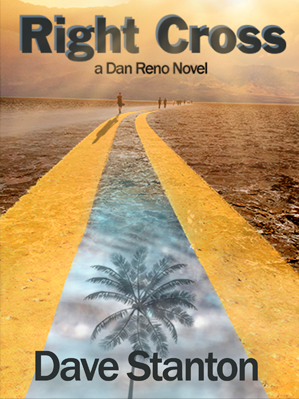 Dan Reno claimed self-defense, but the prosecuting attorney had other ideas.

The missing person case seemed wrong from the start. The client paid in cash, used a phony name, and his claim to be searching for his missing nephew didn’t add up. It doesn’t take Reno long to do the math, and once he puts two and two together, he tries to return the money to the client. And that’s when things go awry.

The new D.A. in South Lake Tahoe has already drawn conclusions and wants Reno in prison. Out on bail, Reno has two weeks to uncover the client’s true identity and motivations, or else. With his fiancée Candi at home pregnant, the stakes are higher than ever.

When Reno’s partner Cody Gibbons hears what’s going on, he suspects his and Reno’s history in San Jose is at play. But the clues lead in the opposite direction, to Miami, and then to the Caribbean. Reno’s in uncharted territory, and now he’ll learn just how far he’s willing to go to save himself. But Gibbons only know one way to play it. And that doesn’t bode well for their enemies.