Dying for the Highlife 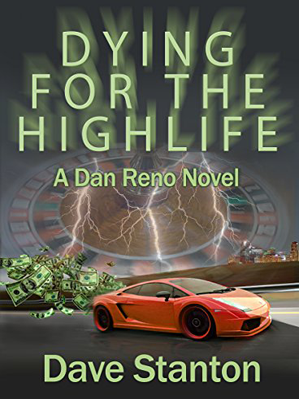 Jimmy Homestead’s glory days as a high school stud were a distant memory. His adulthood had amounted to little more than temporary jobs, cheap boarding houses, and discount whiskey. But he always felt he was special, and winning a $43 million lottery confirmed it.

With all that money, everything is great for Jimmy—until people from his past start coming out of the woodwork. First, his sexy stepmother, who seduced him as a teenager. Then his uncle, just released from Folsom after a five-year jolt for securities fraud, a crime that bankrupted Jimmy’s father. Mix in a broke ex-stripper and a down-on-his luck drug dealer, both seeking payback over transgressions Jimmy thought were long forgotten.

Caught in the middle are investigator Dan Reno and his good buddy Cody Gibbons, two guys just trying to make an honest paycheck. Reno, straining to save his home from foreclosure, thinks that’s his biggest problem. But his priorities change when Gibbons and Jimmy are kidnapped by a gang of cartel thugs out for a big score. Fighting to save his friend’s life, Reno is drawn into a mess that leaves dead bodies scattered all over northern Nevada.