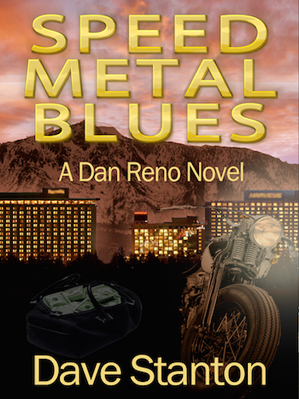 It’s a two-for-one deal when a pair of accused rapists from a New Jersey-based gang surface in South Lake Tahoe. The first is easy to catch, but the second, a Satanist suspected of a string of murders, is an adversary unlike any Reno has faced. After escaping Reno’s clutches in the desert outside of Carson City, the target vanishes. That is, until he makes it clear he intends to settle the score.

To make matters worse, the criminal takes an interest in a teenage boy and his talented sister, both friends of Reno’s. Wading through a drug-dealing turf war and a deadly feud between mobsters running a local casino, Reno can’t figure out how his target fits in with the new outlaws in town. He only knows he’s hunting for a ghost-like adversary calling all the shots.

The more Reno learns more about his target, the more he’s convinced that mayhem is inevitable unless he can capture him quickly. He’d prefer to do it clean, without further bloodshed. But sometimes that ain’t in the cards, especially when Reno’s partner Cody Gibbons decides it’s time for payback.