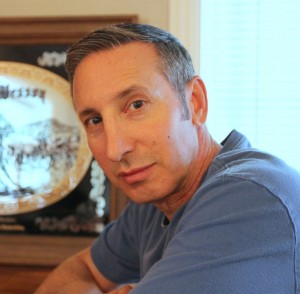 Born in Detroit, Michigan, in 1960, Dave Stanton moved to Northern California in 1961.

He attended San Jose State University and received a BA in journalism in 1983. Over the years, he worked as a bartender, newspaper advertising salesman, furniture mover, debt collector, and technology salesman.

He has two children, Austin and Haley, and lives with his wife, Heidi, in San Jose, California.

Stanton is the author of eight novels, all featuring private investigator Dan Reno and his ex-cop buddy, Cody Gibbons.

It was 2001, and the dot.com bubble was bursting. My timing was bad – a few months previous I had left a steady job to work for a “promising” startup that offered more money. As a salesman, I quickly realized the product they hired me to sell was doomed. I drew this conclusion despite claims otherwise by some smart (and temporarily wealthy) people. Like many during that time, they had been sucked into an illusion.

I sat at my cubicle in Silicon Valley, regretful, certain I’d be unemployed soon. The customers I’d been assigned had all considered my proposals and firmly declined. I had nothing to do, and the boredom was killing me. Spontaneously, I started writing.

Three months later I was at a new gig, one that involved regular travel to Asia. I sat on a jet over the Pacific Ocean, hunched over my notebook, typing like a mad man. The paragraph I had written while employed at the now defunct company had become a novel, and the first draft  was nearly finished.

Many of the characters and situations I write about come from a time when my companions were irreverent and reckless, and I participated willingly in endeavors that for a few had permanent consequences. These episodes occurred in places like Sacramento, Reno, Salt Lake City, and Ely, Nevada. Some of my old friends are respectable citizens today, others are in and out of jail, and some didn’t make it.

I hope you enjoy STATELINE. Please feel free to e-mail me at DanRenoNovels@gmail.com.